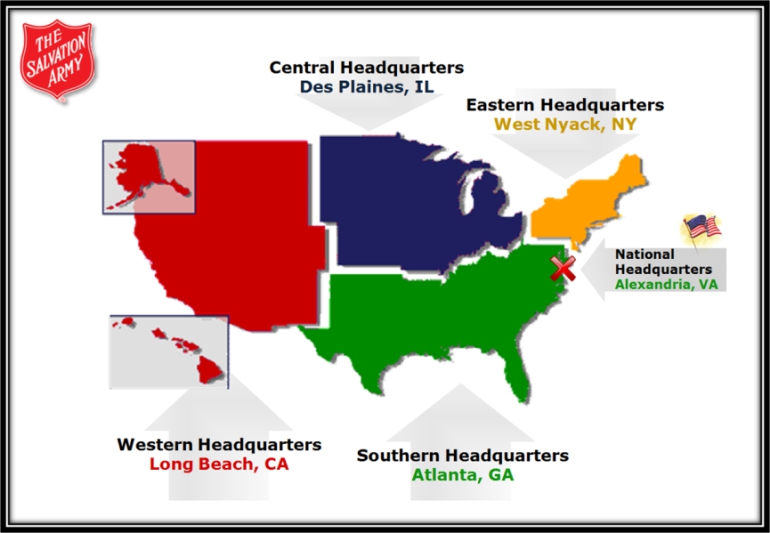 Territories are made up of smaller units known as divisions. There are 40 divisions in the United States and each is headed by a divisional commander. Divisions consist of corps centers for worship and service, which are the basic units of The Salvation Army, and various specialized centers. The functions of each corps include religious and social services which are adapted to local needs. Each corps is under the supervision of a corps officer.

Salvation Army corps officers are assisted by a local advisory board, employees and volunteers. They are sometimes referred to as "the army behind The Army." The Salvation Army is a participating member in various religious and human services associations, coalitions and conferences having similar principles and practices. Legally, each of the four Salvation Army territories in the United States functions as a tax-exempt corporation with the National Commander as Chairperson of the Board.